Finding the Best Broadband Deals to get the best internet provider

Broadband speeds are measured in Megabits per second (Mbps).

The key figure advertised by any broadband provider is the download speed. This basically measures how quickly you can download or stream files. Broadband deals are advertised using average speeds – that means the speed on the ad is what 50% of users experience at peak time.

Superfast broadband is defined as broadband with speeds exceeding 24 Mbps. If you want superfast broadband, you’ll need a fibre-optic or cable connection. Superfast connections are recommended for anyone who streams TV and films, plays online games, or has multiple internet users in their household.

Many broadband providers offer package deals bundling TV services with an internet connection. If you’re interested in expanding your TV choices beyond Freeview, you should check out ISPs like Sky, Virgin, BT, and TalkTalk. Bundling your broadband and TV services could be a way to save money and avoid the hassle of having multiple providers for different services.

Today, the vast majority of broadband deals offer unlimited data. This means you can consume as much internet as you like without penalty or extra charge. A few home broadband providers still offer tariffs with caps and, while they might be cheaper, you should approach them with caution. They’re generally unsuitable for anyone who wants to stream video content, for example. Without careful monitoring of your usage, it’s easy to incur fees for excessive usage.

There are four main types of broadband connection in the UK. There are three fixed line or ‘home’ broadband technologies, which operate over in-ground wires (ADSL, fibre optic, and cable). The fourth, mobile broadband, works using mobile networks.

broadband that operates over the copper wires of the landline phone network. ADSL delivers average download speeds of 10 to 11 Mbps. It’s available to 99% of UK households.

Fibre optic broadband delivers internet over fibre optic cables. This allows for a faster connection than you’d get with copper wires. Most forms of fibre broadband available in the UK are FTTC or Fibre to the cabinet. This means the last mile between your local street cabinet and home uses standard copper telephone lines. FTTC connections are available to 95% of UK premises, often for just a few pounds a month more than ADSL packages.

FTTP (Fibre to the premises) or full-fibre is much faster, but less readily available. FTTC connections work with fibre cables going all the way to your property. However, FTTP is only available at 4% of UK addresses.

Cable broadband bypasses the copper phone network entirely and delivers the internet over coaxial cables. The main cable provider in the UK is Virgin Media, which offers broadband with speeds starting at 54 Mbps all the way up to 362 Mbps.

Virgin cable connections are available to just half of UK addresses, however. It’s also important to keep in mind that switching to or from a cable provider will mean you’ll probably require a visit from an engineer to get set up. Your new provider will handle this but it might add an extra couple of weeks to the switching time. 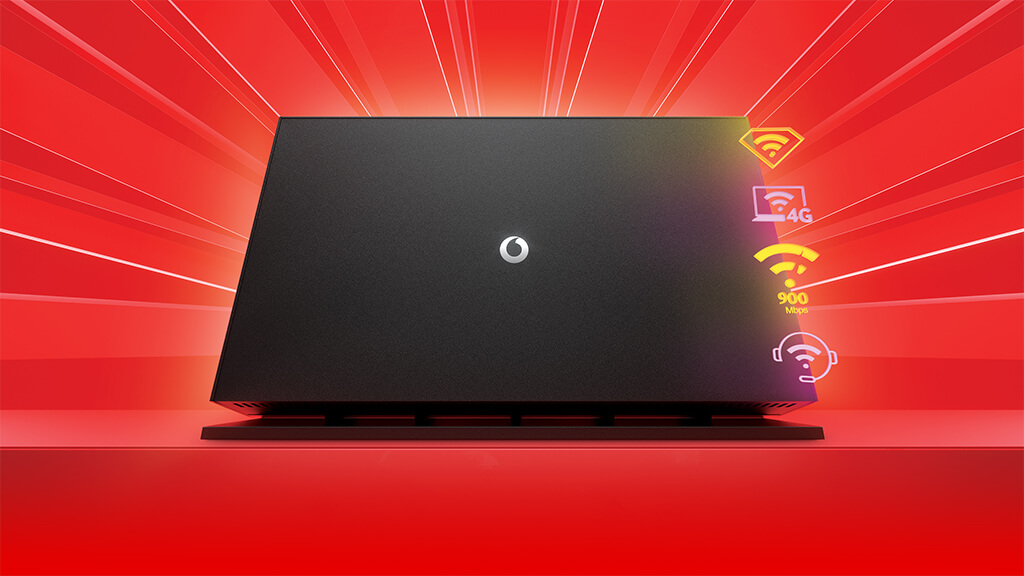 Mobile broadband is internet delivered over the 3G and 4G mobile networks. To get online, you’ll need a device such as a dongle or personal hotspot (MiFis), or a data-only SIM. You can get online with a mobile broadband device wherever you have adequate phone service but speeds tend to be more limited than those for fixed-line broadband.

One exception here is 5G. If you live in a 5G ready area and are happy to pay a premium for a 5G router, you’ll benefit from speeds that beat most fixed-line connections.

Mobile broadband connections will be limited by download allowances. This means that mobile broadband isn’t usually a cost-effective substitute for fixed-line broadband in your home. However, its portability could makes it an attractive additional service for people who want internet on the go.

What’s the best internet provider in the UK?

The choice of the best Internet provider for you is very important because choosing an internet provider varies from person to person based on their needs for speed, their financial capabilities, and also the area in which they live.

Conditions to consider when choosing an internet provider:

The best way to find out the best internet provider in your area:

Is to use one of the tools on a price comparison site, such as USwitch.
Because this way will help you to get exactly what you need to know about all broadband providers in your area and chose the best for you and also help you avoid subscriptions to the deal.

Some providers such as Hyperopic are only available in limited areas in the UK, but can provide seriously quick speeds; one of their packages offers 1GB speeds, which is enough to download an entire HD film in less than 10 seconds.

We recommend checking a price comparison site to make sure you get the fastest internet available in your area.

The real customers quoted their experiences. We will tell you exactly what you need to know about all broadband providers in the UK and will help you avoid subscriptions to the deal.

A decent router, bundled mobile data deals, fast speeds and great coverage led to EE having a market-leading 87 per cent satisfaction rating from its customers in a survey by Ofcom.
That’s enough to put it at the top of our rankings.
And even if EE doesn’t have a fixed network in your area, you can still buy its broadband using its 4GEE Home network.
The cheaper plans come with 10GB of mobile data included for EE mobile customers; whereas the more expensive plans give you 20GB a month, and all broadband plans are unlimited with no caps.

Awarded uSwitch’s Fastest Broadband Provider title for the past ten years (based on average speeds), Virgin Media’s fibre packages top out at 652 Mbps, with a whopping 1130 Mbps for the Gig1 Fibre Broadband package.
That’ll give the average customer more bandwidth than they’ll know what to do with.
Perhaps unsurprisingly, 85 per cent of the customers that Ofcom surveyed were pleased with the speed of the service they got from Virgin, and 85 per cent were also satisfied with the reliability.
Although Virgin did rank comparatively poorly for response times on calls and webchat when it came to customer assistance.

Being the largest internet provider in the UK, BT offers the greatest fixed broadband coverage in the country.
Average speeds generally fall below EE and Virgin Media, even on its fastest fibre packages and prices aren’t that much cheaper either. Plus, the minimum term is 18 months.
On the plus side, you can often get a decent deal on your BT broadband by bundling it with a television package.
On the downside, BT broadband was at the lower end of the scale when it came to customer satisfaction with speed (78 per cent) and reliability (81 per cent); it’s not terrible, but not as good as market leaders EE.

for more details about BT broadband and speed

Similar to BT, Sky broadband is at the upper end of the price range when it comes to broadband.
The speed you get for your money won’t blow you away.
But you can bundle a broadband subscription with a TV and/or mobile package, which could save you money.
Where Sky stands out is by generating the fewest complaints of the major providers surveyed by Ofcom.
It led the market with just 10 per cent of its customers having a reason to complain about the service, and also led the market with its complaints handling with 54 per cent satisfaction.

for more details about Sky broadband and speed

Using its own purpose-built fibre-to-the-home network, speeds average a staggering 900Mb/s on its £40-a-month plan, dropping to a more-than-respectable 50Mb/s on its cheapest, £22-a-month package.
All plans are unlimited, come with free installation, and include the company’s Hyperhub router.
You also don’t need line rental. It’s no wonder it’s one of the highest-rated providers on Trustpilot with a trust score of 9/10.
It’s a shame availability is so limited but hopefully, if more people sign up, these fantastic services will expand across the UK.

Created as a TV provider, Now has been in the UK broadband market for a while now.
With average downloading speeds ranging from 11 to 63 Mbps, the company offers packages rivalling some of the biggest players in the field, including Virgin, BT and Vodafone.
With good value for money, no credit checks, and the possibility to throw in a Now TV pass, Now Broadband is certainly an option you should consider.
Its only downside is that you won’t be able to bundle it with Sky TV.

Vodafone is all about speed. The company does not even have standard broadband packages anymore, instead offering two separate fibre options, namely 35 and 63 Mbps. Moreover, Vodafone offers one of the best routers on the market. With 802.11ac standards and beamforming technology, the device is better than most starting kits.

The router also works on both the 2.4Ghz and 5Ghz bands, ensuring the fastest speed possible, even with several devices connected.
Vodafone’s fibre is not as fast as Virgin and does not have any TV add-ons, but if you’re simply looking for a fast connection at a very good price, it’s definitely worth considering.

for more details about  Vodafone broadband and speed

Perhaps the most alluring feature of TalkTalk fiber today is the fact that the company is offering fixed prices till 2022. In an increasingly expensive world, that’s a big relief.
The company offers very competitive price plans with free security bundles, no upfront costs, and download speeds from 11 to 67 Mbps.
In case you find yourself in need of speaking to an operator, TalkTalk also has the best wait time in the industry, which is a big relief as nobody likes to waste hours on the phone.
You don’t get any free smartphone options with a TalkTalk broadband deal but can add them to your contract for a few more quids. 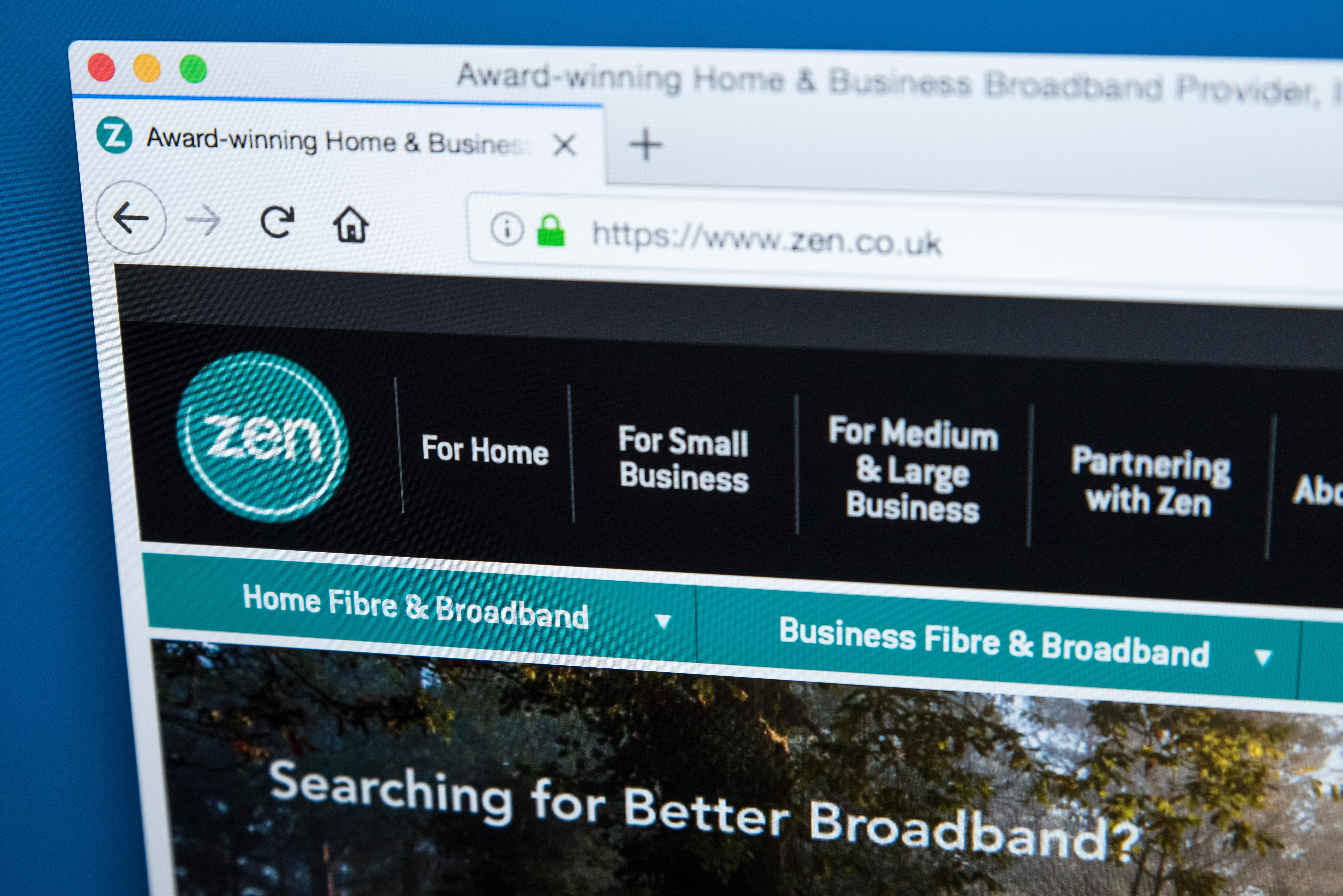 Zen has in the past few years gained quite a lot of traction, and for a good reason.
While it is not one of the cheapest broadband providers out there, it offers a stable service with speeds up to 300 Mbps a free router included in every deal.
However, it’s true forte is that the company gives a free static Internet Provider (IP) address to anyone signing up with them.
This type of IP is typically used if you’re running a business from home, as it allows you to host a server and increase your security, among other things.

If you are a business user looking for a solid connection and a static IP at no extra cost, Zen may be the best option for you. 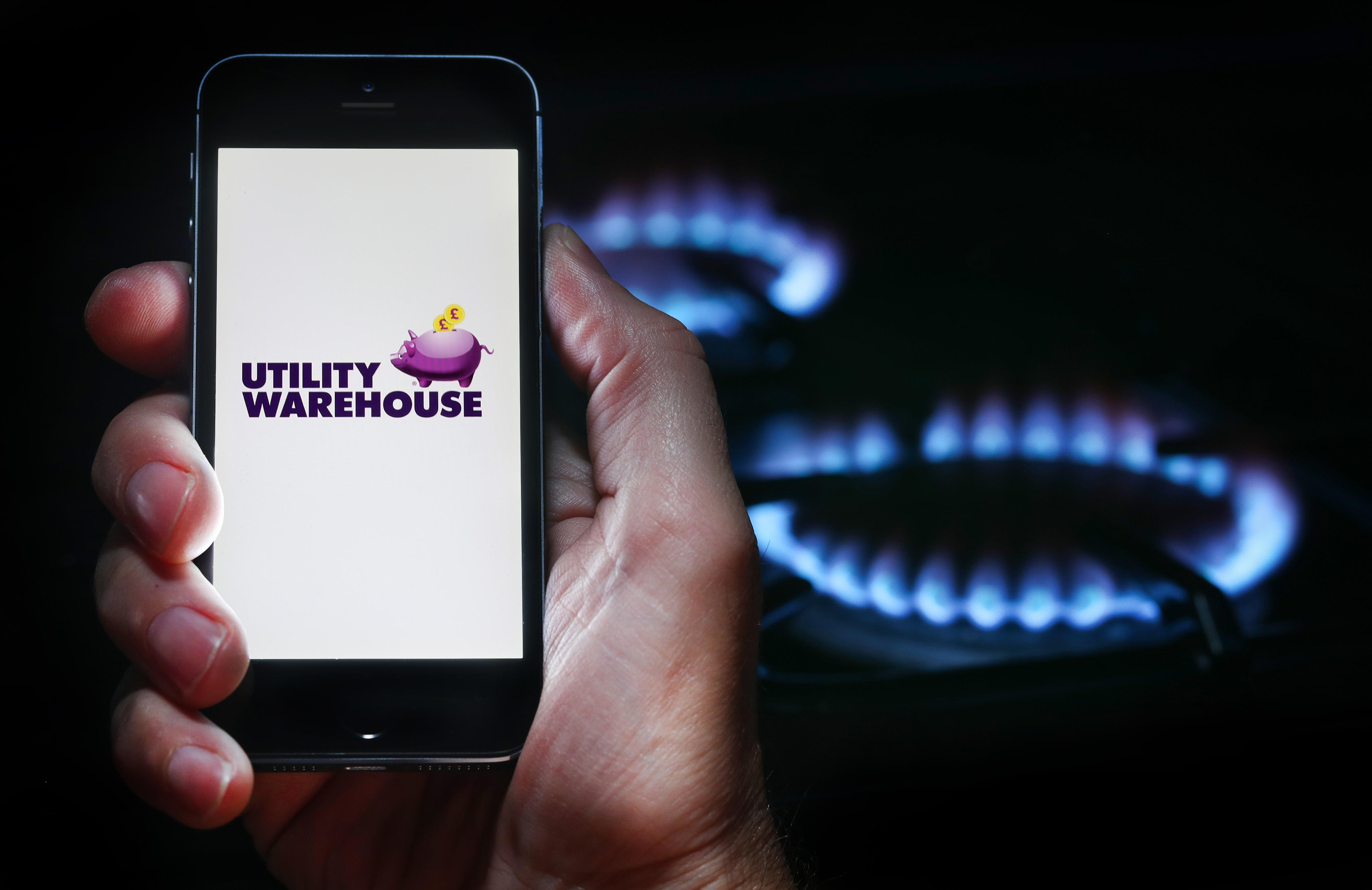 As a company, Utility Warehouse is trying to provide its users with a bundle of different services, from broadband to mobile, and including gas and electricity.
When it comes to broadband speeds, Utility Warehouse is not the fastest provider in the UK, but not the slowest either.
The company offers 11 Mbps, 35 Mbps, and 63 Mbps packages .its service operates on the Open reach network, the same physical network as most other UK providers.
As a standalone broadband provider, Utility Warehouse’s options can look a bit pricey. if you intend to bundle up all your bills in a neat package, it may be right up your alley.